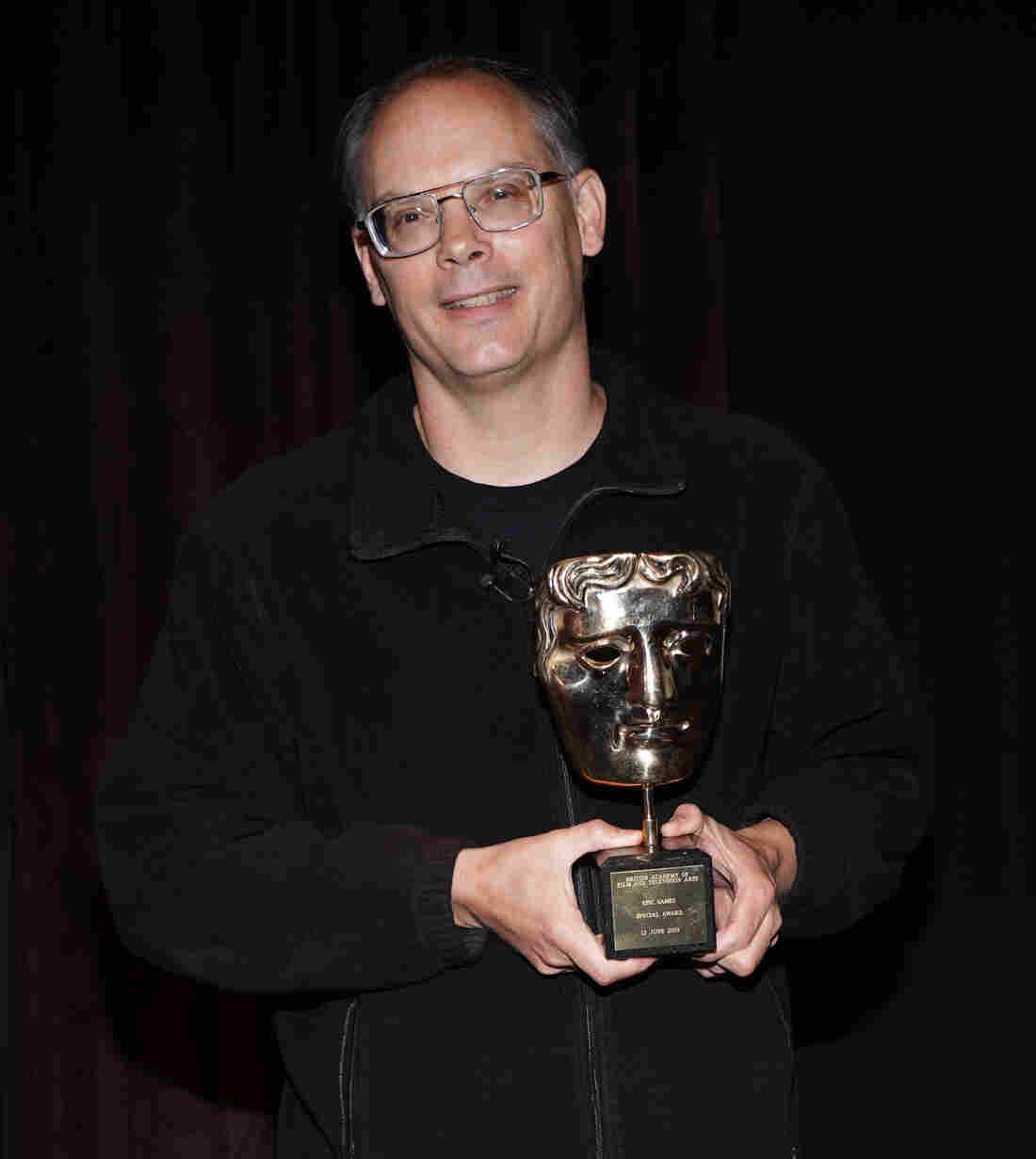 Tim Sweeney is awarded during the BAFTA Presents Special Award to Epic Games at The London on June 2019. Sweeney told NPR he is suing Apple and Google in a bid to attack practices he claims are monopolistic and exploitative. 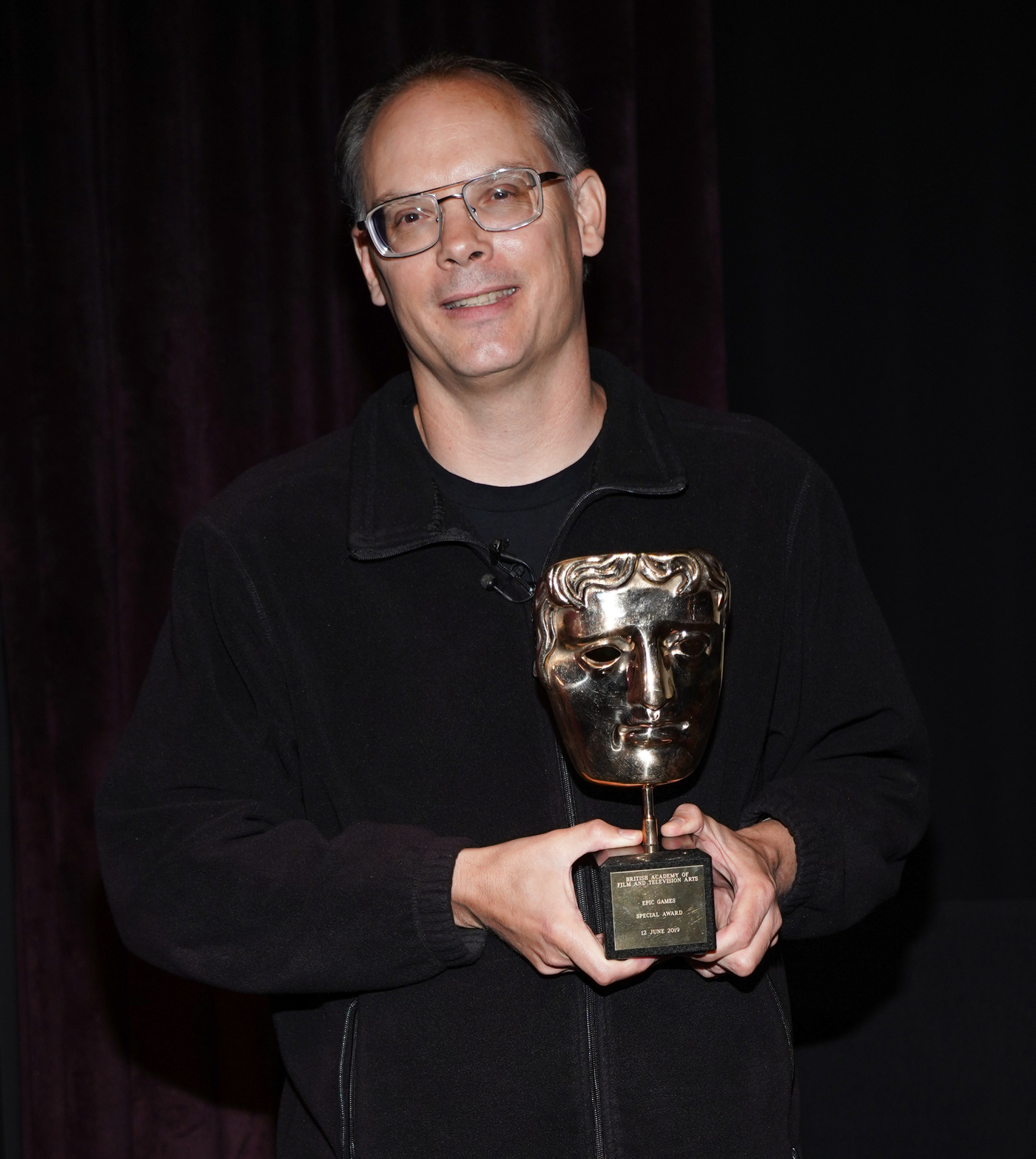 Tim Sweeney is awarded during the BAFTA Presents Special Award to Epic Games at The London on June 2019. Sweeney told NPR he is suing Apple and Google in a bid to attack practices he claims are monopolistic and exploitative.

From his perch in Cary, North Carolina, Epic Games CEO Tim Sweeney has launched a war against Silicon Valley powerhouses Apple and Google.

The billionaire maker of video game phenomenon Fortnite dragged the tech giants to court last month over the 30% fee they charge on purchases made in their mobile app stores.

Since then, Sweeney, an iconoclastic executive who owns enormous farms and dabbles in fast cars, has not talked publicly about his decision. He broke his silence to NPR, insisting he had the backing of countless other app developers who also believe the tech titans are taking advantage of them.

“It’s not just Epic being exploited by Apple, but it’s every developer who goes along with that scheme colluding with Apple and Google to further their monopoly,” Sweeney said in the interview. “These stores are making a lot more money from creative works than the creators.”

In some ways, Sweeney said, being far away from the orbit of Silicon Valley, a culture he has long accused of “groupthink,” has made his gamble easier.

He said many companies either rely too much on the tech giants to help them distribute their products and reach consumers, or dream of becoming the next Apple or Google themselves.

“Everybody doesn’t have a great incentive to challenge Apple and Google’s 30% because they want to be the next bastard to charge 30%,” Sweeney said.

To be clear, Apple and Google object to Sweeney’s characterization. They have long charged the 30% fee for in-app purchases. The companies say the commission supports technical staff who make sure apps on iPhones and Androids are safe and secure.

In response, Sweeney, a veteran computer programmer, says that justification is offensive.

“Every Apple engineer who works on these services and ensures that iPhone is the most secure platform in the world has got to deeply resent the business guys for taking credit and claiming that their store monopoly is the reason why the platform is secure,” Sweeney said. “It’s just not true.”

In its latest legal filing, Apple says Sweeney is positioning his company as a “modern corporate Robin Hood, in reality, it is a multi-billion dollar enterprise that simply wants to pay nothing.”

Apple readily points out that Sweeney chose to break the rules that govern the app store — rules that clearly state developers cannot make users pay in-app purchases. Before Sweeney did that, leading to Apple’s tossing Fortnite out of its store, he wrote an email at 2 a.m. to tech executives including Apple CEO Tim Cook. He detailed what Epic was about to do, according to court documents.

“We choose to follow this path in the firm belief that history and law are on our side,” he wrote in the email.

Trying to enlist 350 million players against Apple and Google

Indeed, Fortnite is one of the most successful video games in the world, a bloodless fantasy free-for-all battle where players choose creative outfits, and even show off dance moves, on a secluded virtual island. The game has more than 350 million registered players worldwide, and it is quickly expanding into non-game events. Hip-hop superstar Travis Scott held a concert on Fortnite. The event drew more than 27 million users.

Epic Games has tried to rally Fortnite fans around its fight against Apple and Google, even going so far as to make a parody video portraying Apple as a greedy villain, and encouraging people to use the hashtag #FreeFortnite on social media.

Yet not all avid players are rallying around Sweeney’s cause. Some, like Chelsea Nicole Sermons, 25, of Tampa, Fla. are irked but the legal saga.

Sermons says after she finishes work as a customer service representative for a hospital-supply company, she plays Fortnite for at least four hours at a time, often live-streaming her sessions on her Twitch page. Now, she says, many of her friends can’t join in because they use the mobile app.

“I had quite a few people that were really sad that they couldn’t play with me anymore,” Sermons said. “Some of those people can’t afford to spend money on a $400 console, or a $1,000 PC.”

Sweeney: ‘these monopolies need to be stopped’

Regulators in Washington and Europe are investigating the app-store fees as a possible antitrust problem. Apple and Google do not assess a fee on their own apps, which compete alongside third-party apps in a marketplace controlled by the tech giants.

Epic Games is not the only company to take issue with the arrangement. Streaming service Spotify and software company Basecamp also have accused Apple and Google of abusing their power by selectively charging the 30% fee. Some critics have likened the commission to an unfair tax.

While the pressure on Apple and Google did not prompt Sweeney’s lawsuits, he says the harsh scrutiny on the companies undoubtedly provides a fitting backdrop.

“It’s not that Epic looked at articles about investigations of these companies and decided that now’s the time to act. It’s the same bad behavior by Apple and Google that’s driving everybody to the common conclusion that these monopolies need to be stopped,” Sweeney said.

A 30% fee on new technologies in the future, Sweeney says, can stifle innovation. And more than that, “it’s going to be one of the worst dystopias you can imagine from the science fiction literature with a few corporations controlling not just digital items and games but everything,” he said.

But last month, a federal judge sided with Apple and refused to order the tech company to relist Fortnite in the Apple app store, saying, “the current predicament appears of its own making.”

A full hearing on the issue is scheduled for Sept. 28.

Selling Ferraris to buy thousands of acres of land

Sweeney founded Epic Games in his parents’ basement in the suburbs of Washington, D.C. in the early 1990s and grew the business into a $17 billion gaming empire.

Along the way, he developed a fondness for fast cars. He once collected Lamborghinis and Ferraris, but has since given most of them up. He does, however, still have a convertible Corvette.

“Which is an awesome car,” Sweeney said. “As much car as I need.”

In recent years, though, he has chosen to spend his money elsewhere.

He’s purchased thousands of acres of land in North Carolina stretching out to the Blue Ridge Mountains. By some estimates, Sweeney is one of the largest private landowners in the state.

“Once you start comparing the cost of a Ferrari to the cost of acres of land, you realize that a Ferrari is about 100 acres of some really prime land that can be conserved in North Carolina and Ferraris seem like a pretty inexpedient use of money at that point,” Sweeney said.

When he is not studying flowers or salamanders out in nature, Sweeney has been watching developments from the court in his legal row with Apple and Google.

And sometimes, he logs onto Fortnite. He has played 1,600 multiplayer matches incognito, he told NPR.

“I have a name that nobody knows. I just go play randomly with groups of people and they have no idea who I am and we just have a good time together. I primarily play as the Jelly Skin,” said Sweeney, referring to the outfit, or “skin,” players on Fortnite choose.

“It looks super comedic. People expect the Jelly character to be really bad,” Sweeney said. “And I’m actually OK. So it leads to some interesting interactions.”