After six years in production, the F80 BMW M3 and F82 M4 have been replaced by brand new-gen models, namely the G80 and G82 respectively.

Looking at acceleration figures, the new models aren’t particularly faster than the old ones, at least not to 60 mph, so here’s hoping they drive better and look better, at least in person.

We’ve already covered this topic from top to bottom. Yes, BMW is making extremely large radiator grilles now and they can look a bit out of place on something the size of a 4-Series, or in this case, both the M4 and the M3. 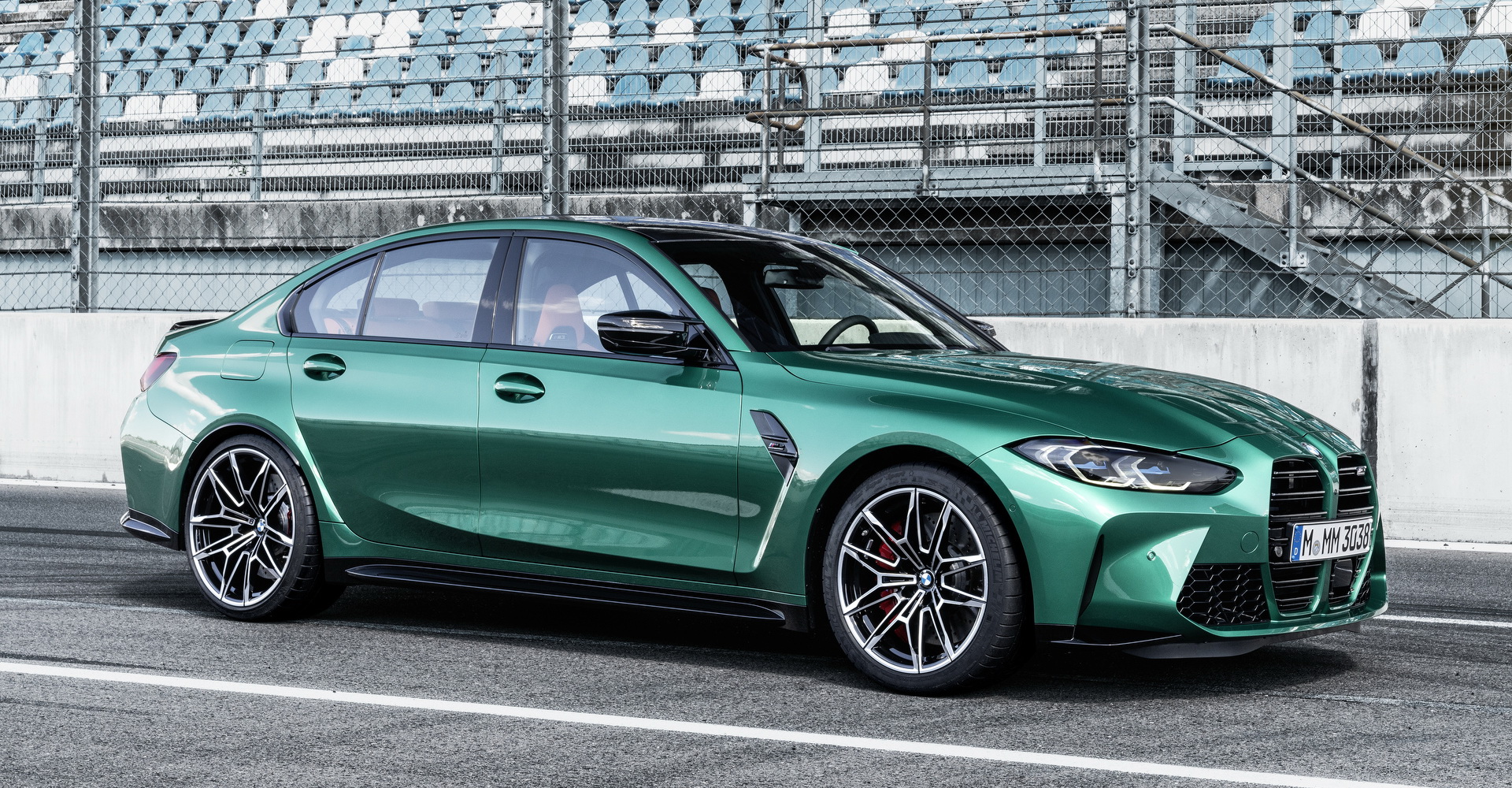 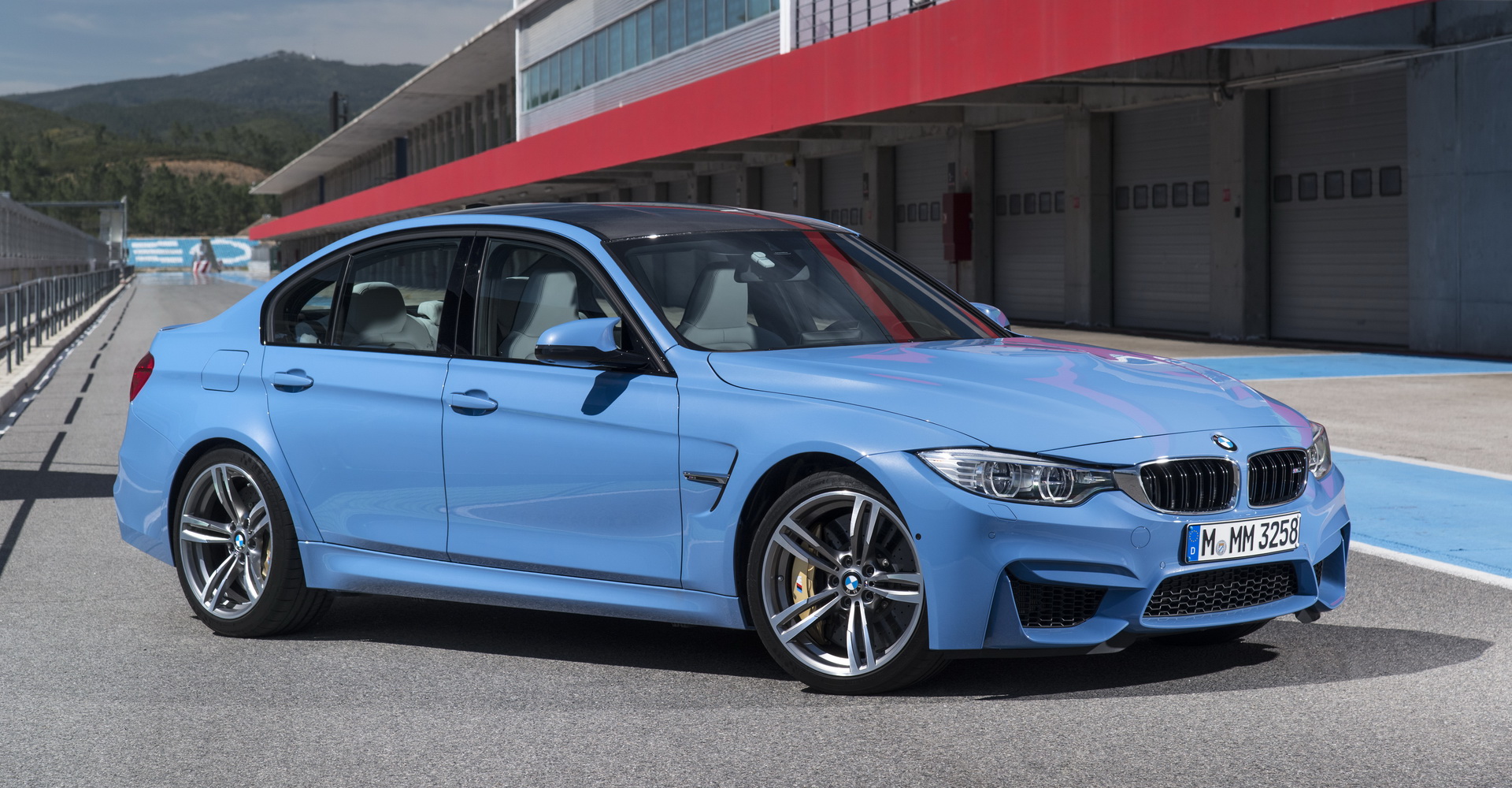 Still, if some people are to be believed, the carmaker got the proportions wrong for the entire front fascia of the 4-Series, and with it the M4 and M3.

Move to the side and beyond, and it’s hard to argue against the newer models. You can definitely tell which of them were designed about a decade ago and which just came out. As for the rear end, while both M3 generations look great, the latest M4 comes with Coupe-specific taillights for a much more elegant look. Its predecessor really does show its age when seen from this angle. 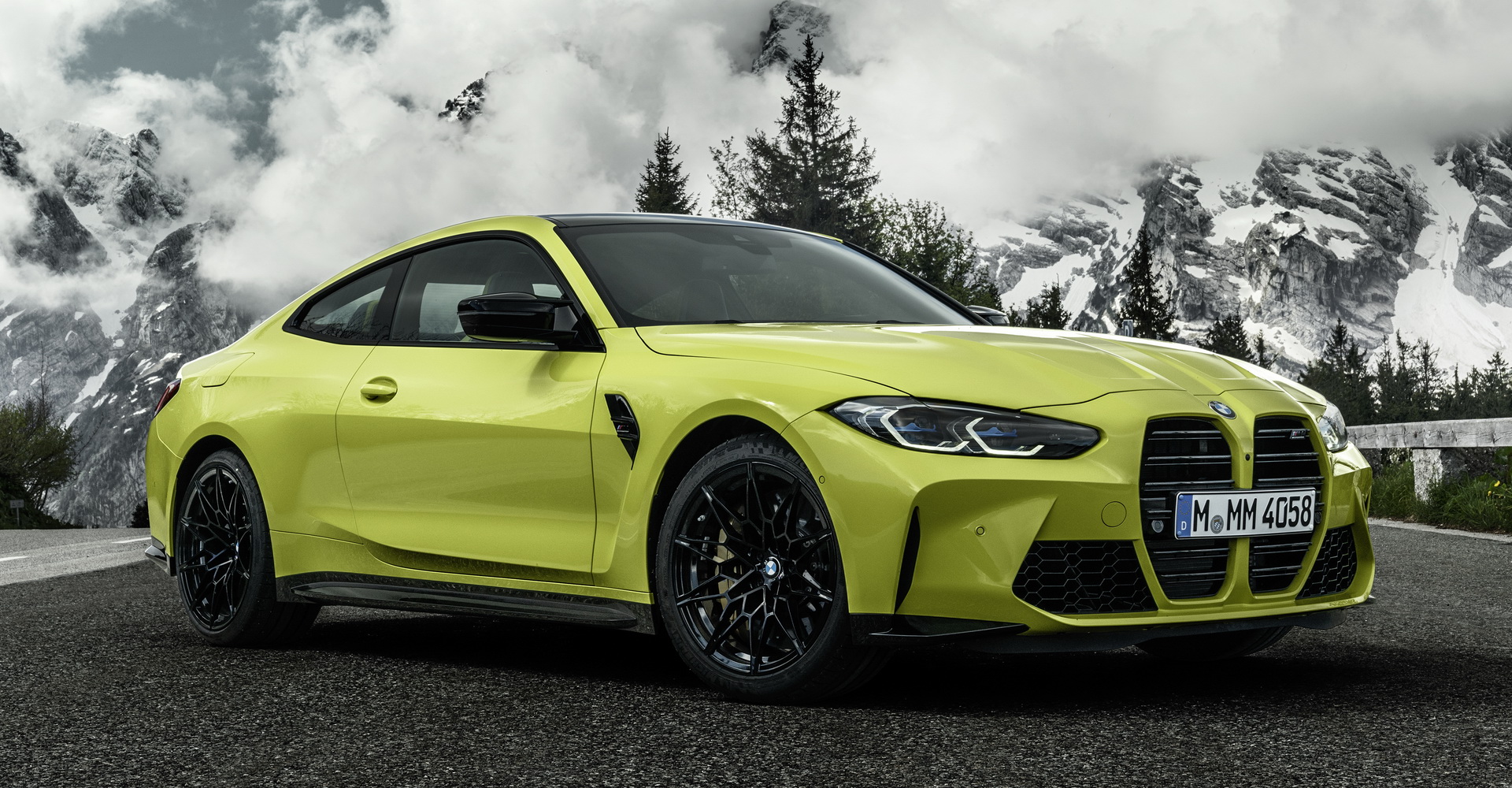 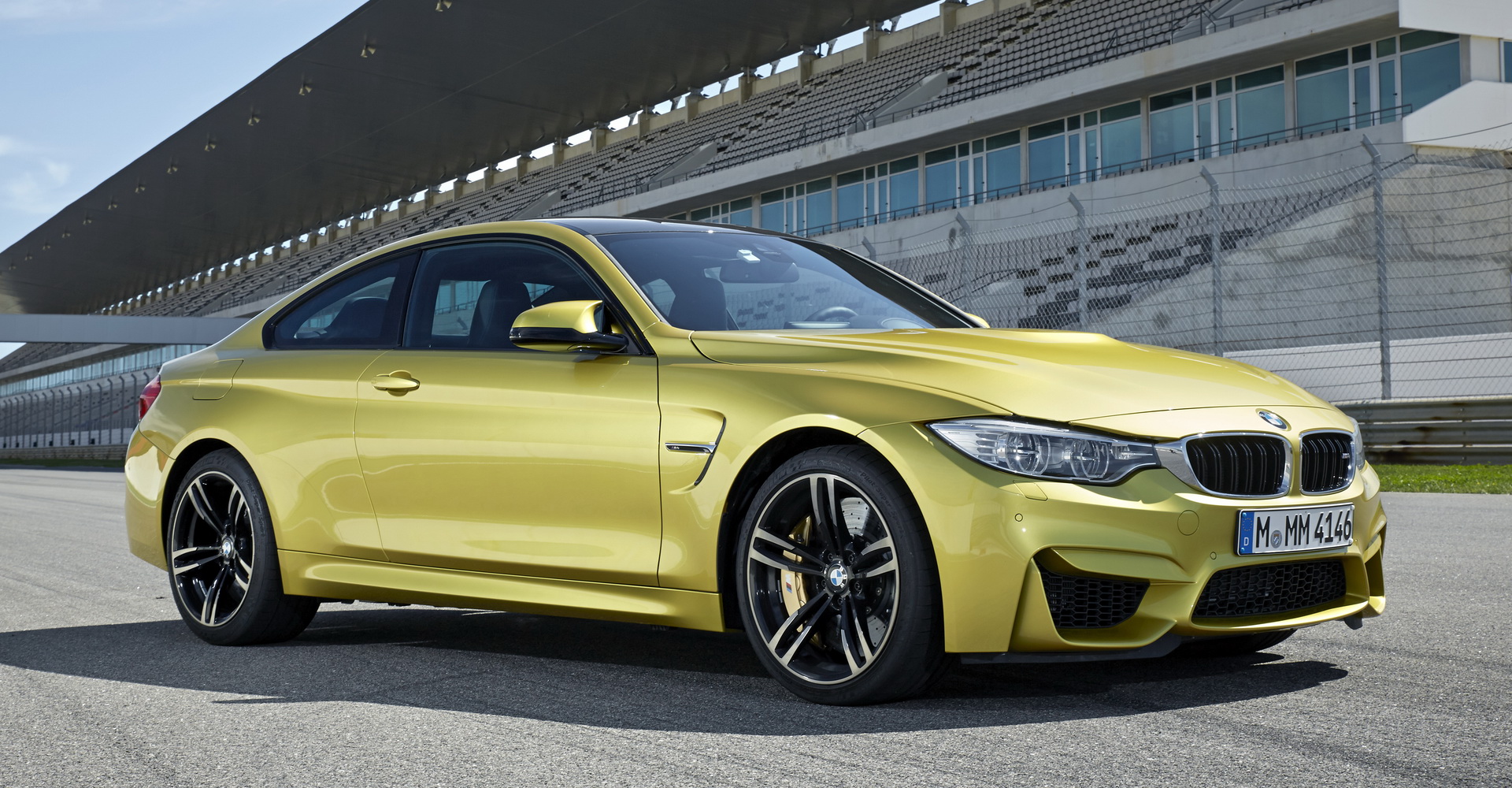 To summarize, BMW could just as easily not have done the large nostrils on any of its 3- or 4-Series models, including the M variants, and there wouldn’t have been anything controversial about them. Instead, they took a gamble and, to be honest, we’re not exactly sure how it’s going to pay off.

You’ll probably either love or hate the new BMW M3 and M4, which is something nobody’s ever said about any of their predecessors, including older M3 / 3-Series Coupe models.

BMW’s new sports steering wheel is nowhere near as sharp as their old one, which has such a simple and timeless design, as many of you have pointed out in the past. The rest of the cabin does look more modern and expensive in the new models, which was always going to be the case.

Both the 2021 M3 and M4 come with a large 12.3-inch digital gauge cluster and a 10.25-inch infotainment system with BMW Maps and wireless Apple CarPlay and Android Auto. 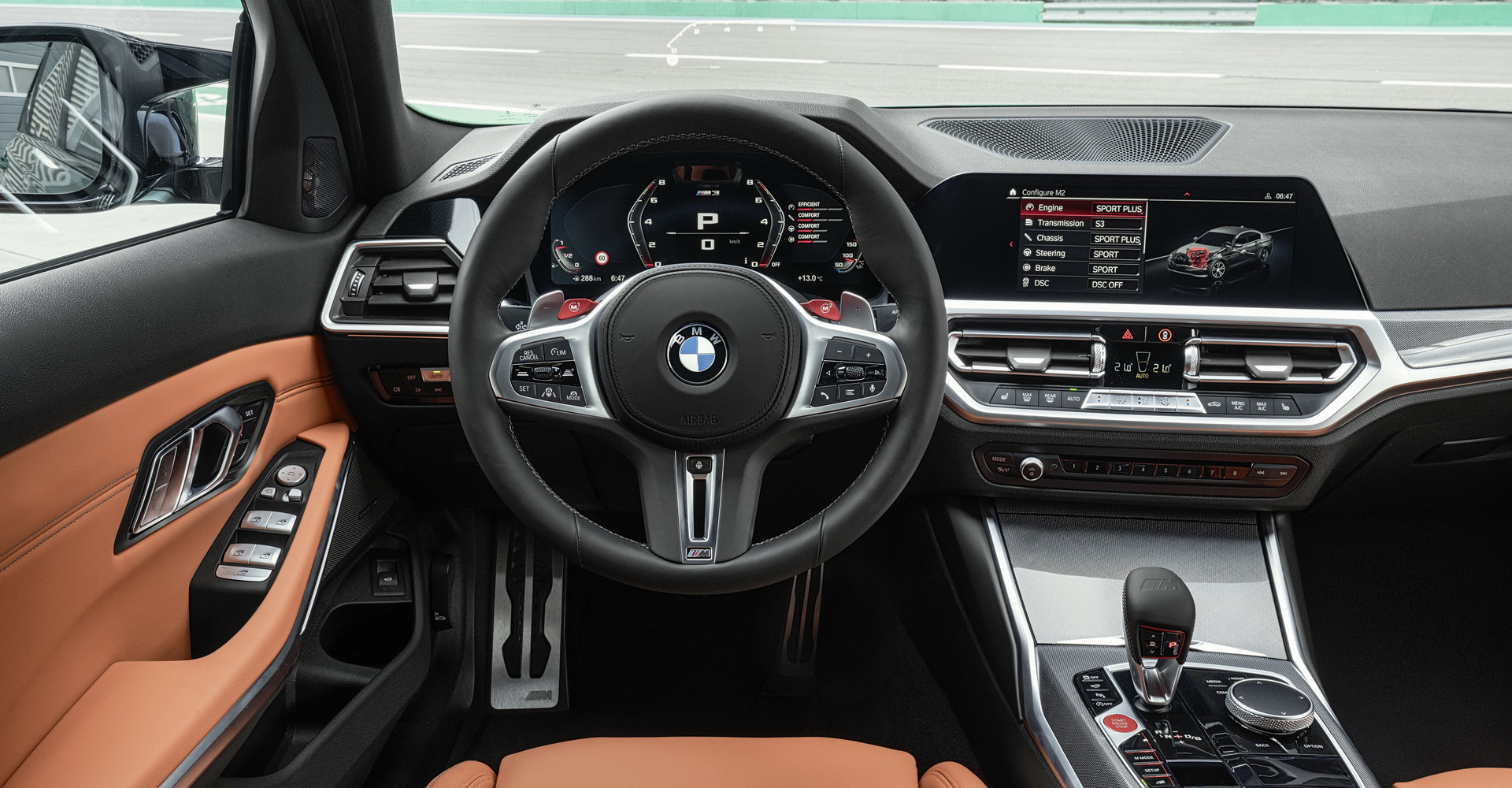 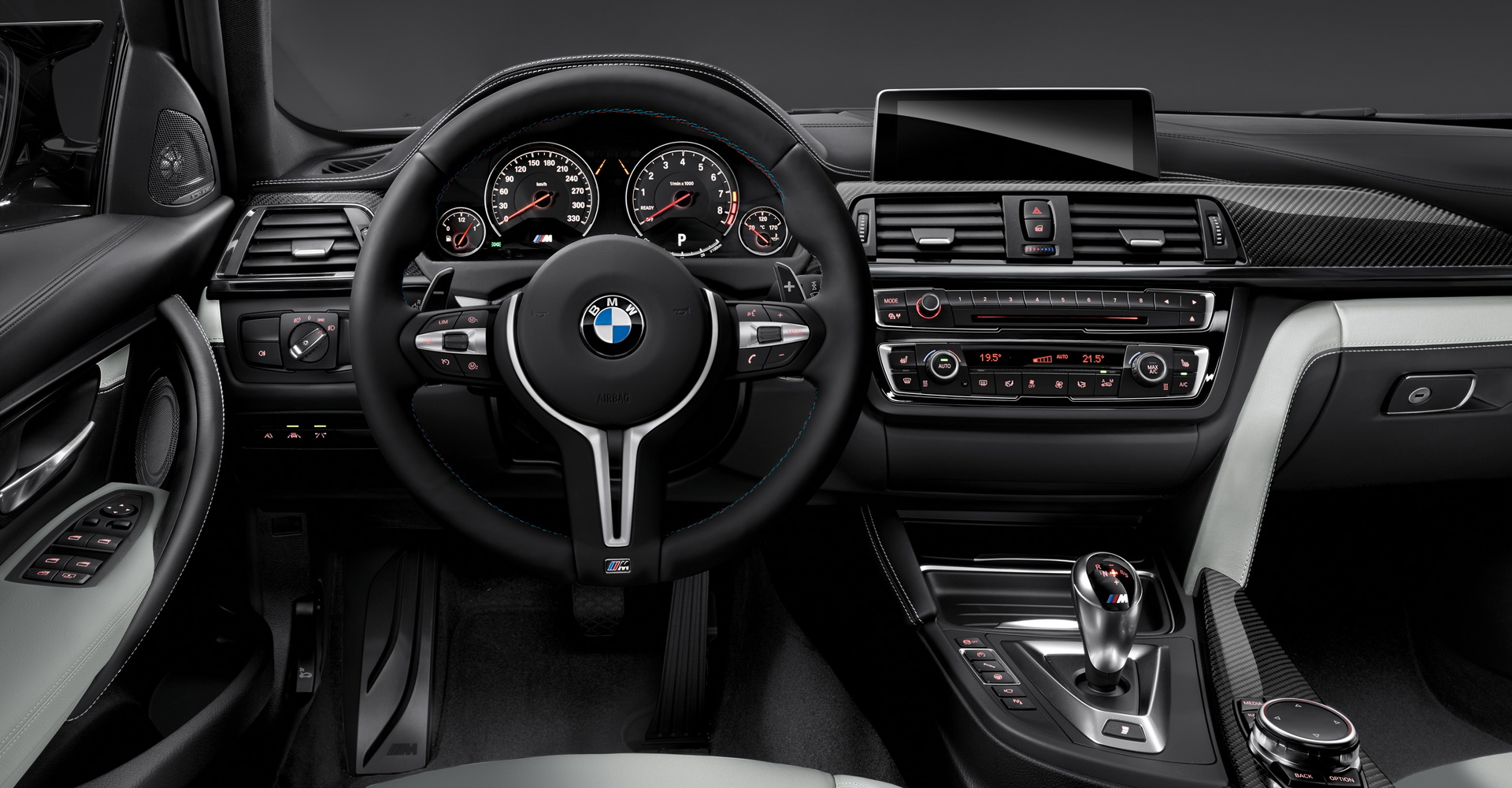 We should point out that the upper door panel design in the newer cars is perhaps a bit too simplistic, in the sense that some might find that it looks cheaper than before.

Here’s why you should trade up

If you own an F80 M3 or F82 M4, or you’re simply looking to purchase a fast BMW, there are still plenty of reasons why you should choose the G80 and G82 and not look back.

They both come as standard with a six-speed manual and rear wheel drive, but you also get the M xDrive system on Competition variants, which is rear-biased and features an Active M rear differential. You can switch between 4WD and 2WD, the latter setting allowing you to have a “pure rear-wheel drive experience,” as BMW puts it.

Also standard is the Adaptive M suspension, wider front track (by 1.5 inches) for better traction and directional stability, while the optional M Drive Professional package with M Traction Control allows you to set the intervention threshold for wheel slip. You can configure the heck out of these cars and have them drive exactly how you want as they have as many as 10 different balance settings.

You’ll also be glad to know that pricing hasn’t gone up by much. You can buy a 2020 M4 Coupe right now for $69,150, whereas the new one is priced at $71,800. Not bad, considering it’s more powerful and has a more modern interior with better on-board tech. 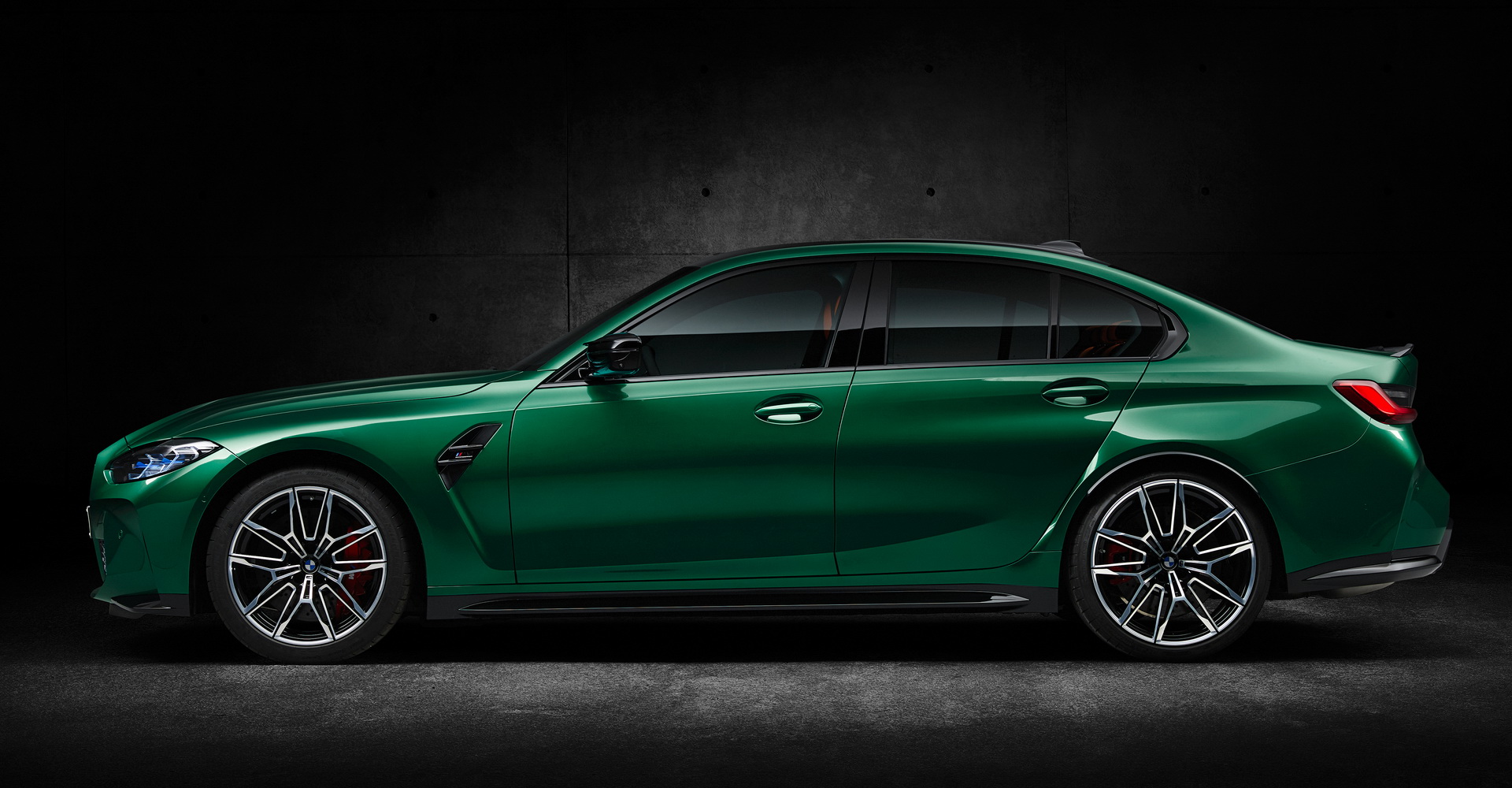 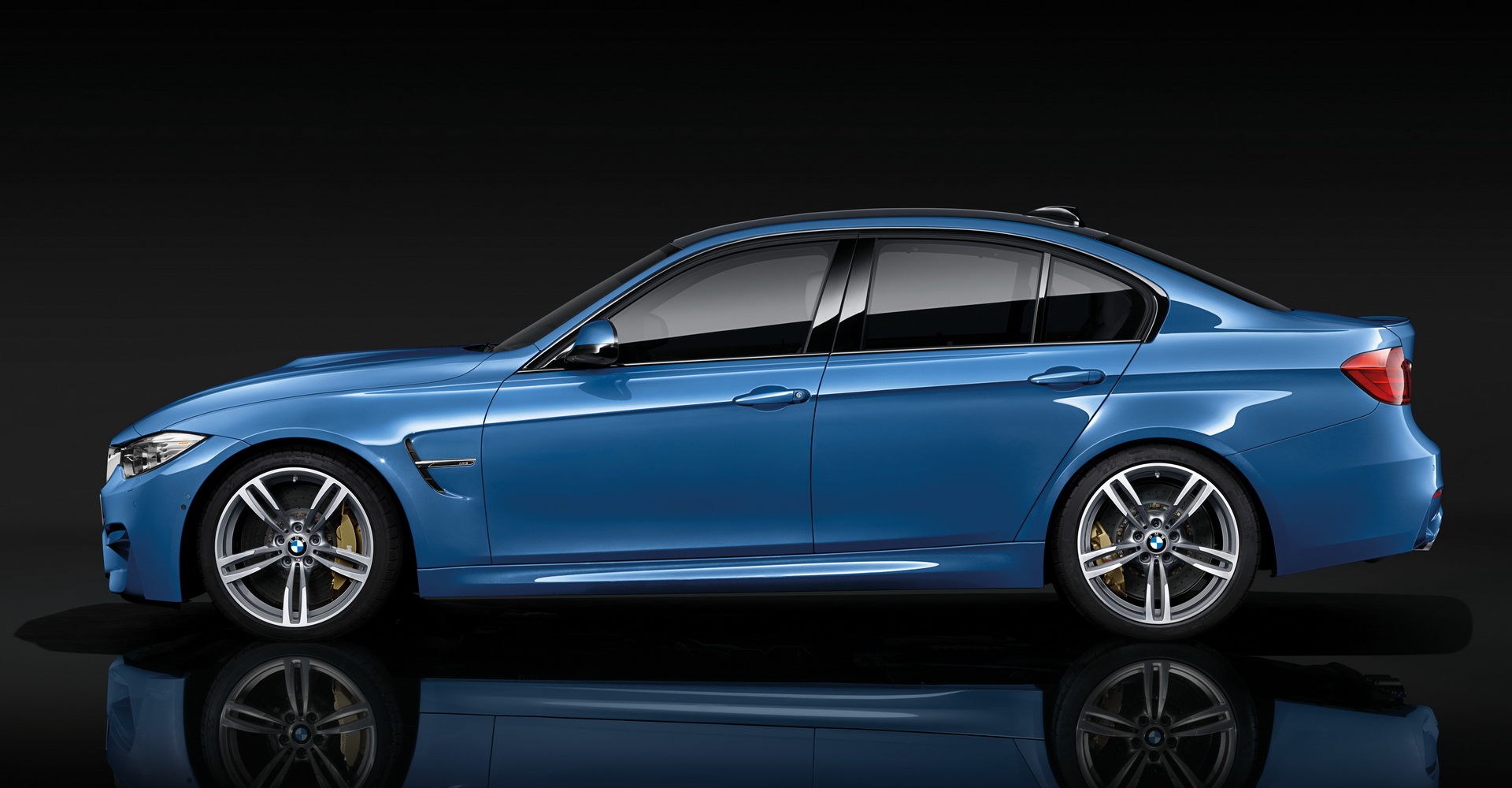 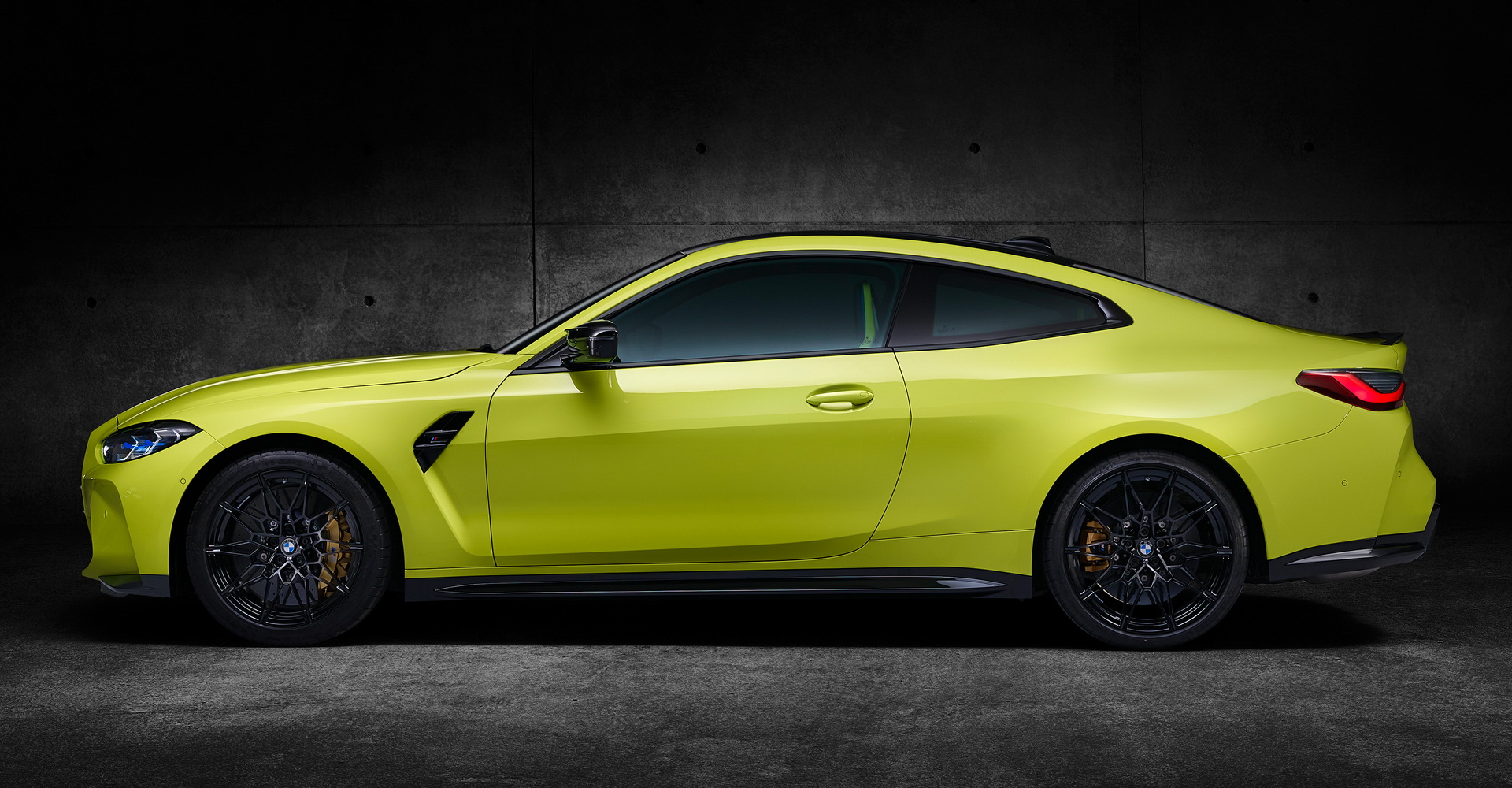 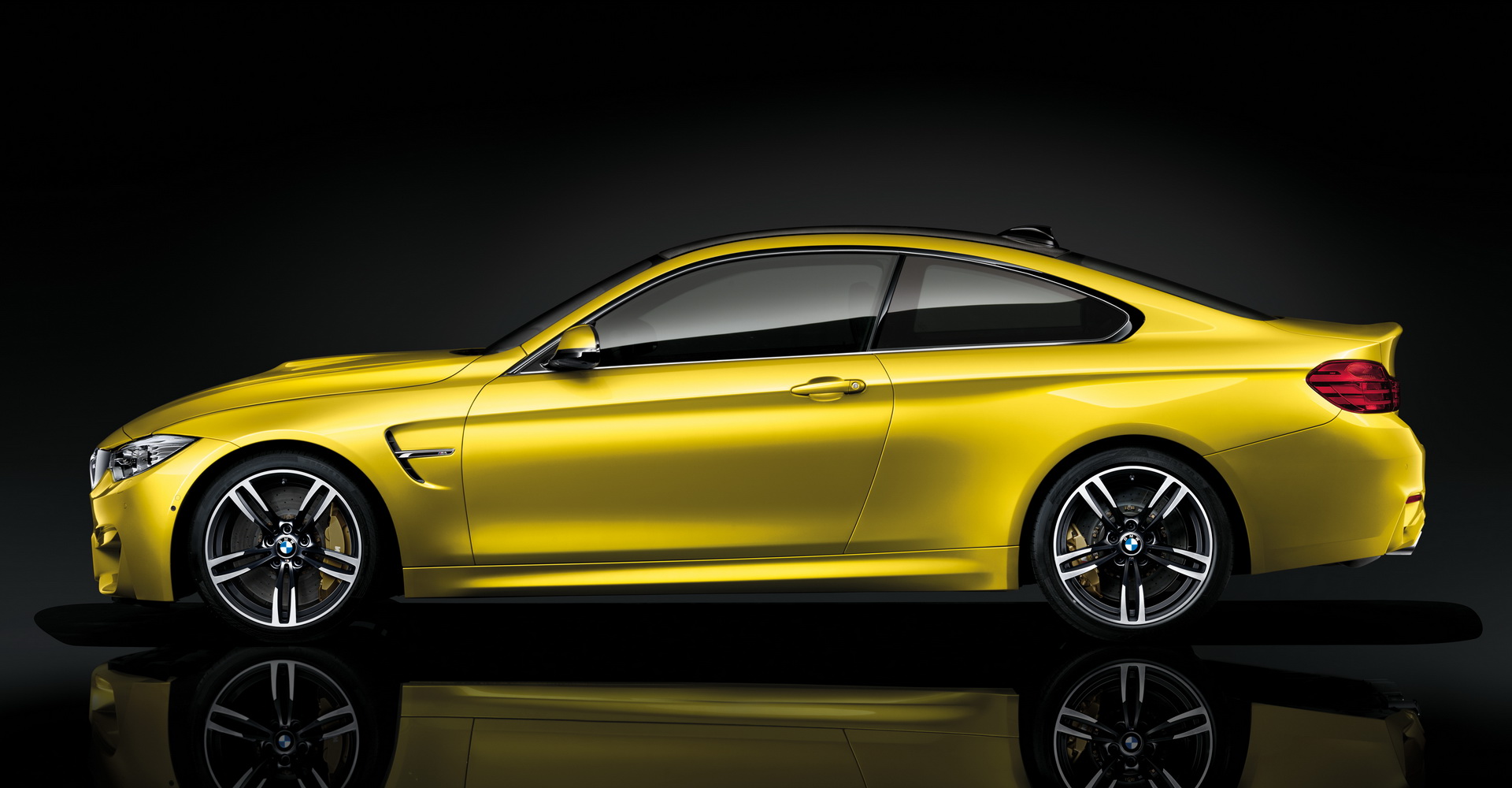 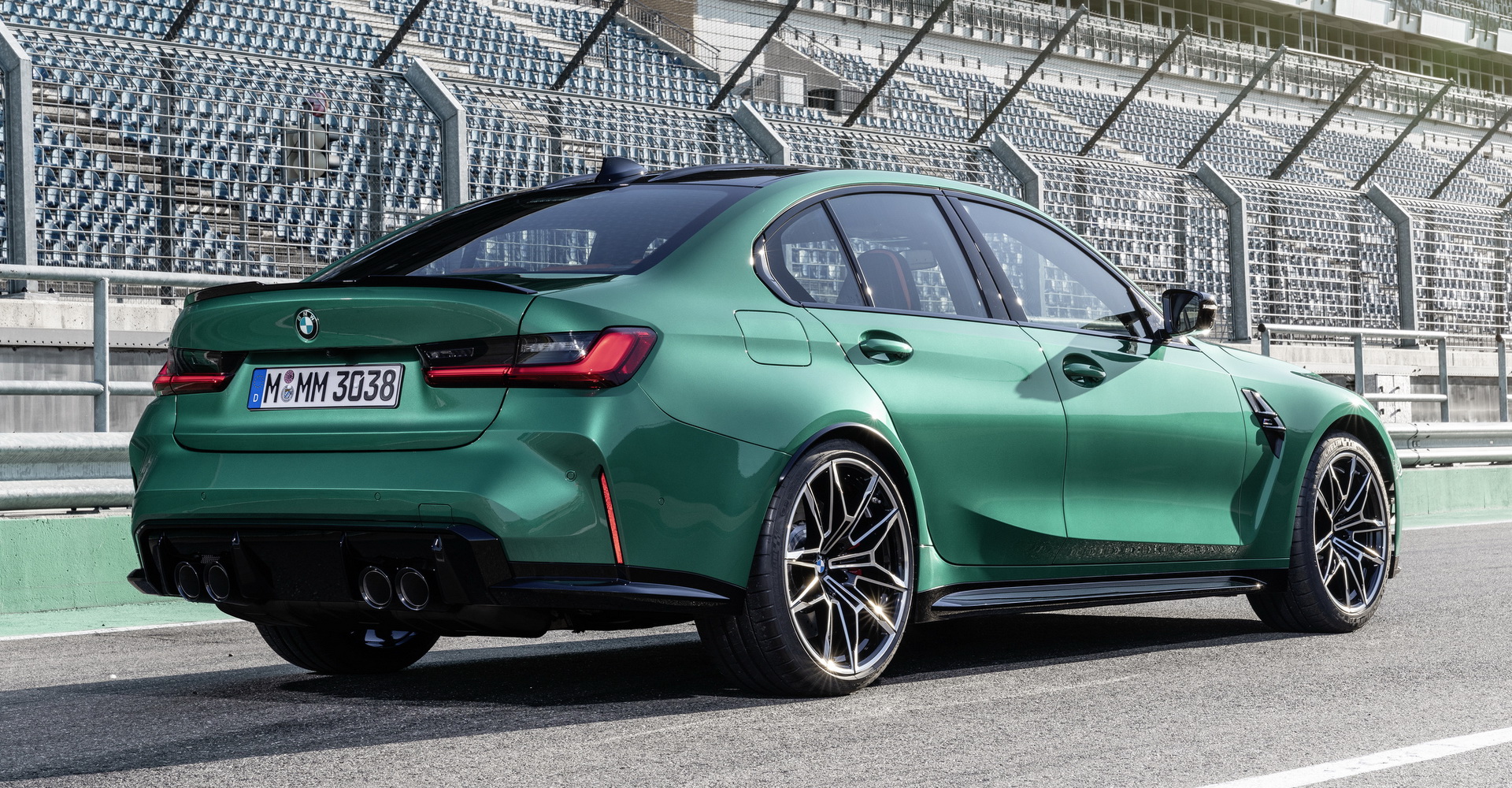 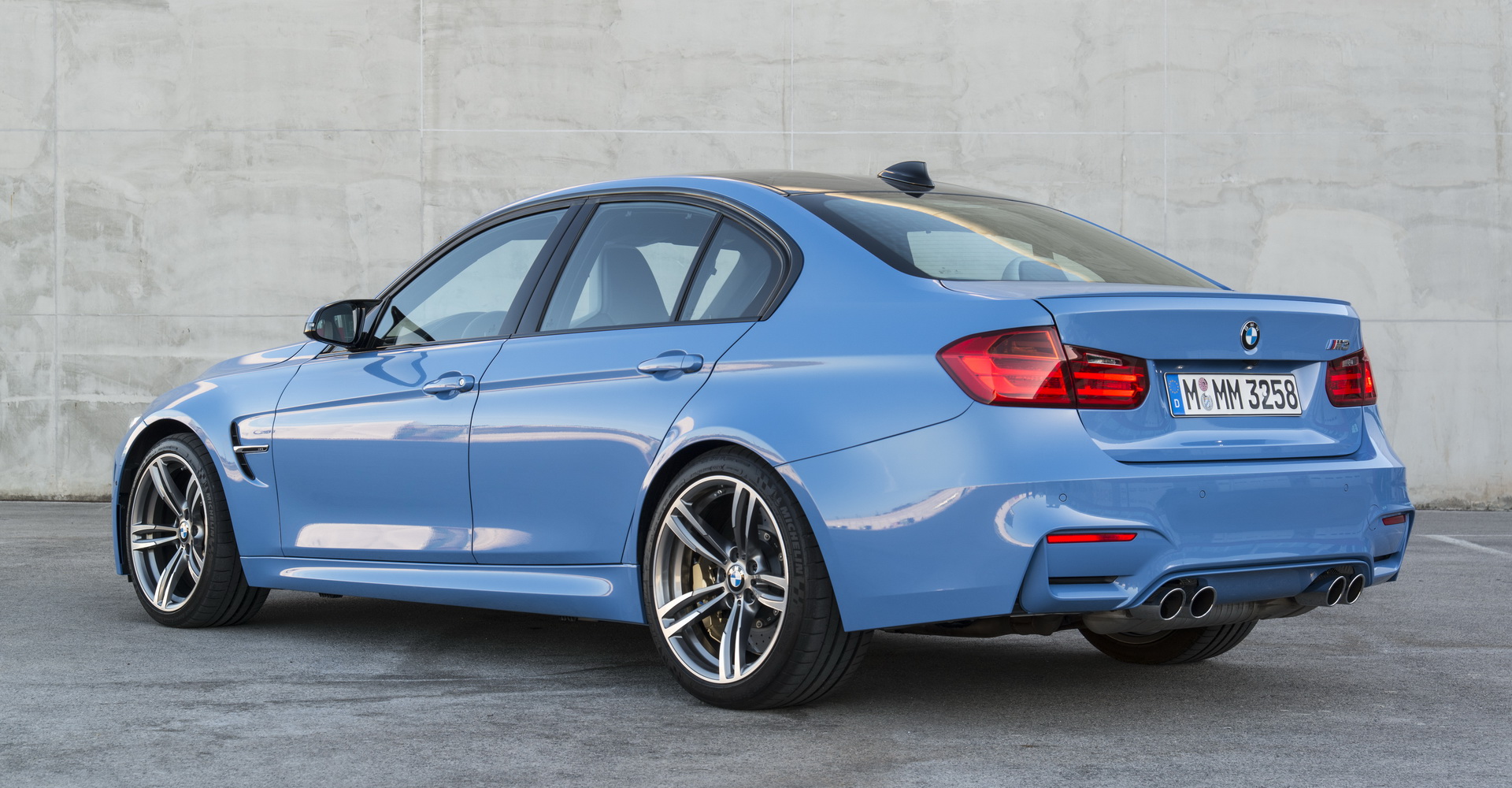 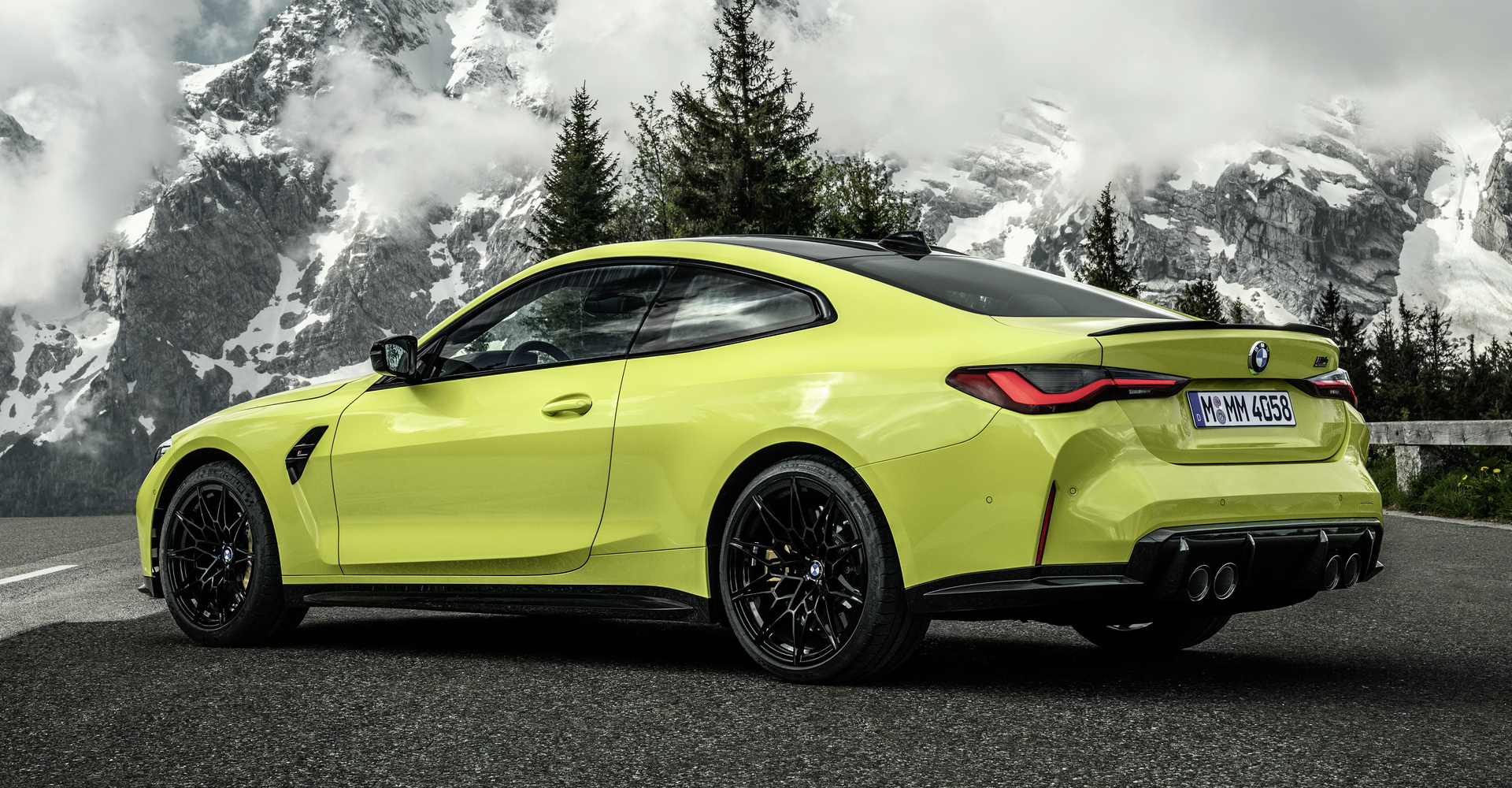 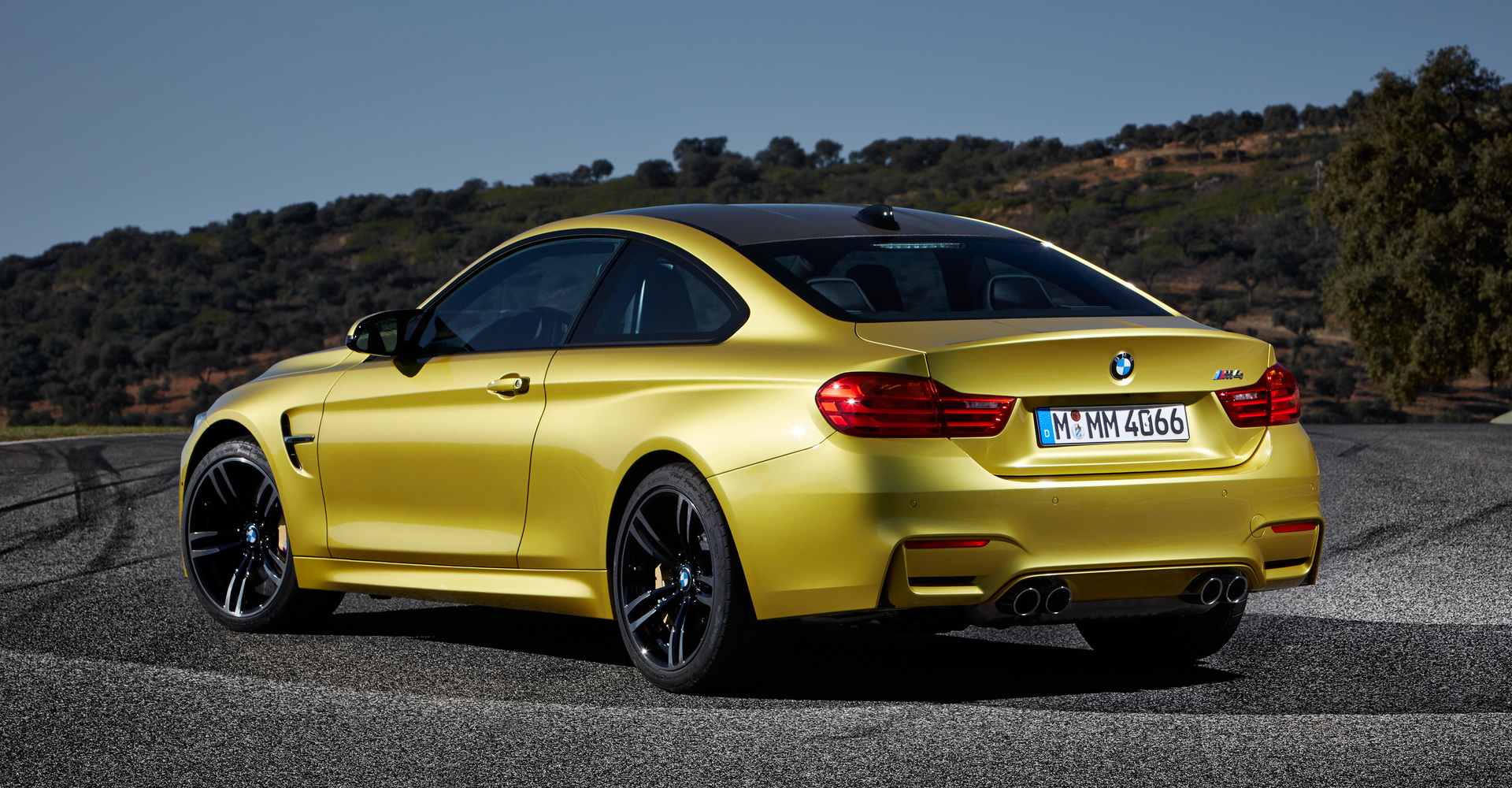