In January this year, at the 2020 edition of the Consumer Electronics Show (CES 2020), Mercedes-Benz introduced a new concept of autonomous, electric vehicle aptly named Vision. The Vision AVTR, it turns out, is more than just a pusher concept.

In case you wanted to have a good look inside the future – as imagined by Mercedes-Benz, at the very least – here it is. Danish TV host Felix Smith was invited for a test drive of the Vision, which is a fully functional prototype that does all (or a lot of) what Mercedes-Benz says it does.

Available at the bottom of the page is the video of the prototype being taken out for three separate test drives. Smith also got to speak with Gorden Wagener (Daimler Chief Design Officer), Vera Schmidt (Director of Advanced User Experience Design) and Alexander Dang (Advanced Exterior Design), all of whom played crucial roles in the Vision project. As it so happens, not one of them was offered the chance to drive or ride in their own creation before, which means we are shown their first impressions and reactions. The phrase “like a kid in a candyshop” comes to mind.

The Vision shows Mercedes-Benz’s vision of the future, but also marks the marque’s first foray of the kind into the movie industry, having been inspired by James Cameron’s Avatar movie. That’s where the name AVTR comes from, but it also stands for Advanced Vehicle Transformation. Because Vision is no regular vehicle: it connects to the humans inside on an organic level, without the need for spoken commands, buttons or controls, and it’s the closest thing to a living organism.

Driving can be either left to the AI or done by the human inside through a pulsating center console. There is no steering wheel, pedals, buttons or any other type of interface inside. Instead, the car will project icons onto the human’s palm after connecting. It will also pulsate to the human’s heartbeat and communicate with the world outside through the moving flaps on the back. According to Dang, the flaps have three-fold functionality: aerodynamics, communication and expression.

Able to do the crawl walk and drive sideways, the Vision is powered by a fully-recyclable battery and four electric motors, with a range of more than 700 km (435 miles). It is built with recyclable materials because it’s meant to showcase the connection between man and machine without any harm to the environment.

It is also an absolute stunner, but you don’t have to take our word for it. 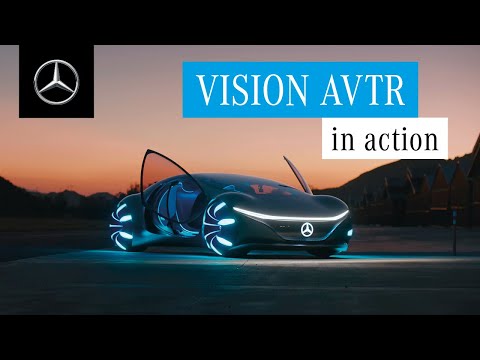